The History of SPCA

Background to the Inspectorate

The first SPCA was formed in London in 1824 (now known as the RSPCA) and has subsequently given rise to the formation of SPCAs around the globe in every continent. Many SPCAs have cruelty investigators, humane officers, or inspectors
It is not well known, but the UK’s RSPCA Inspectorate pre-dates the world’s first police force (the Metropolitan force in the UK). In fact, the design of early RSPCA uniforms and usage of the term “inspector” were “borrowed” by founders of the Met who were looking for something that didn’t come in military colours or use military ranks.

Meanwhile, in New York, the first court action for child cruelty was taken by the American SPCA and gave rise to the launch of child protection charities in the USA and UK – the UK’s NSPCC was for a while unable to afford its own HQ for many years but its teams were donated office space by the RSPCA in London.

Bermuda’s SPCA, who are financially separate from the RSPCA in the UK, has a small inspectorate team whose main functions are:

We have had a number of former RSPCA or UK Governmental Animal Welfare Inspectors, since our legal system is very similar to the one in the UK. We completed our objective of training a Bermudian officer and as of September 1st, 2021 we have a full time, trained SPCA Inspector. 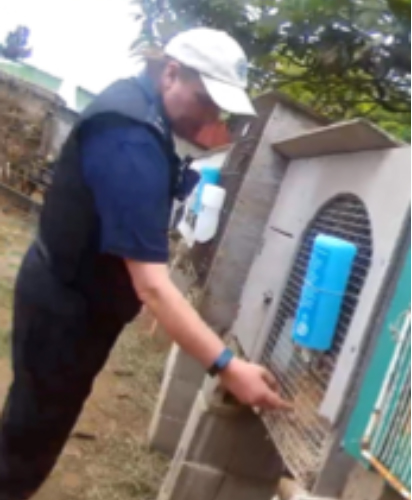